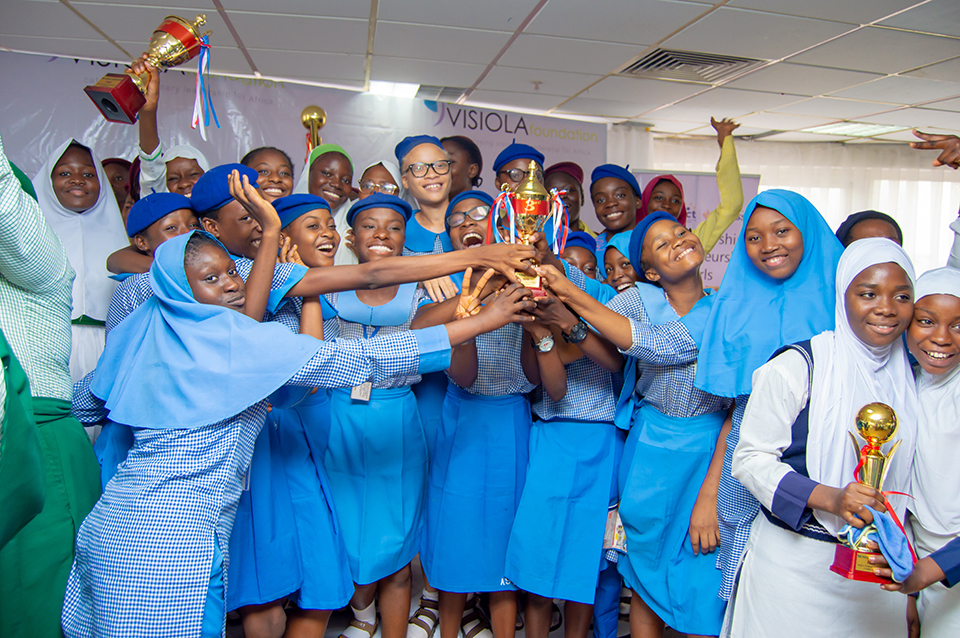 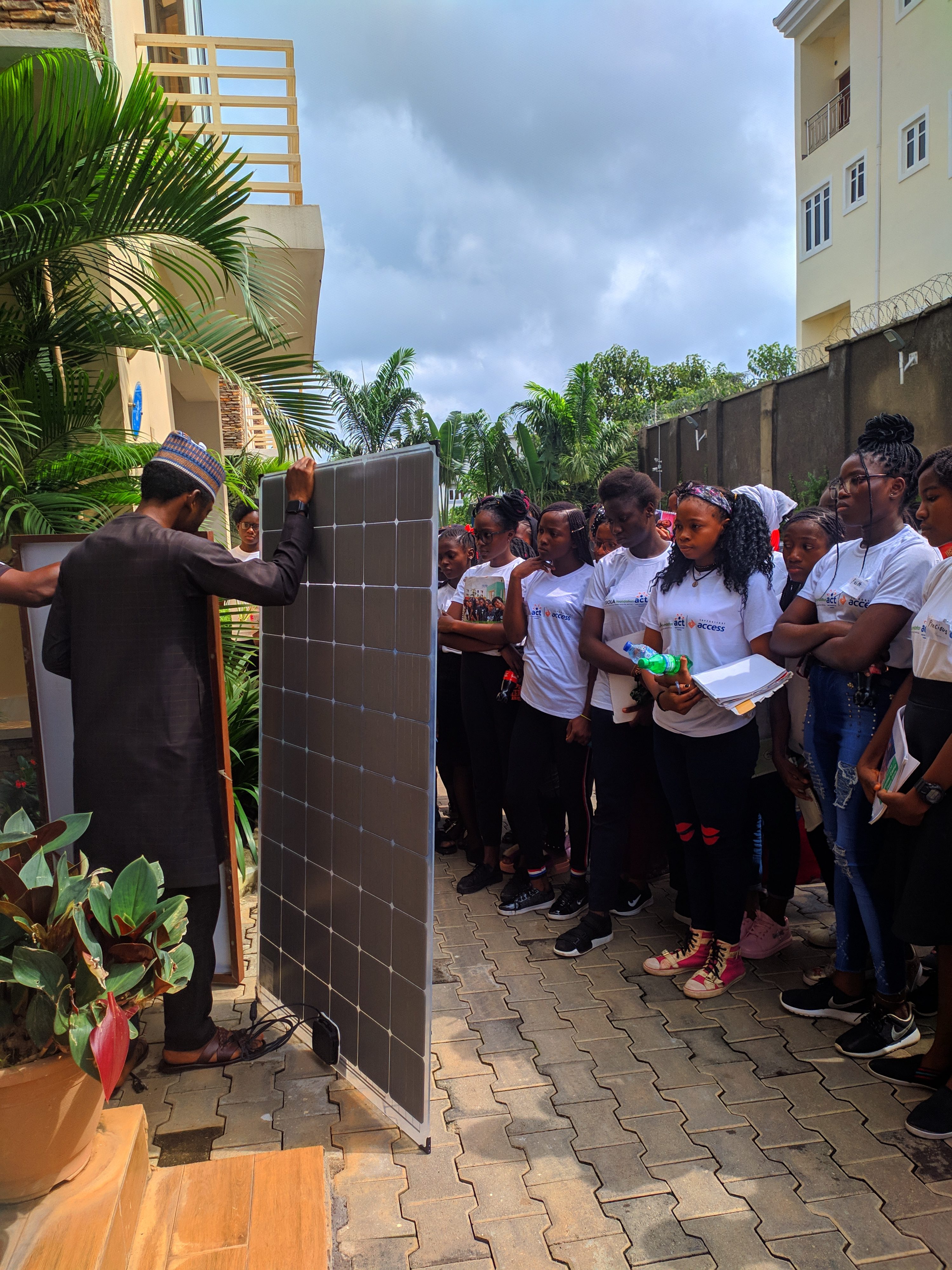 Watch the highlights of the 2019 STEM Summer Camp
Watch Video 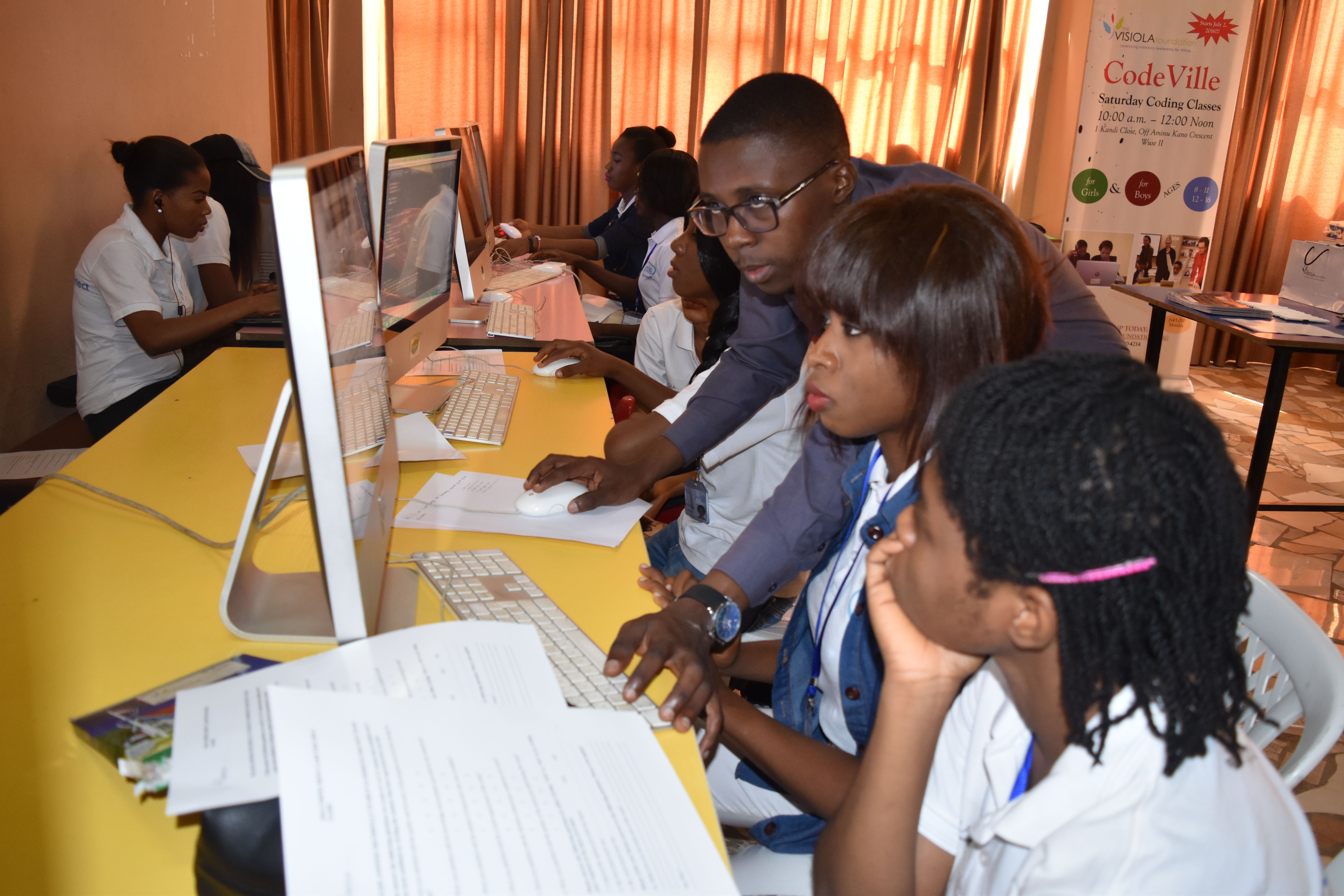 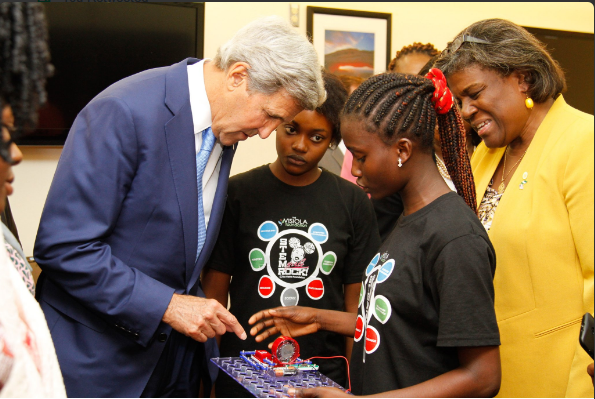 Visiola stands for "Visionary leadership for Africa." Find out how we're catalyzing this.
Discover Visiola
Empowering African girls through STEM education and mentoring

Abuja – December 8, 2016: The Visiola Foundation, a not-for-profit organization focused on empowering African girls through education, training, and mentoring in the STEM fields, announced today that it has received a 2016 Google RISE Award for its efforts to increase access to computer science (CS) education for youth.

Co-Founder/President of the Organization, Lade Araba, said, “The Visiola Foundation has developed an effective 360-degree Developmental Learning Model that deepens the understanding of students, builds their confidence, and is especially efficacious in attracting girls and young women to the technical fields. We work to help students acquire the 16 skills identified by the World Economic Forum (WEF) as requirements for success in the 21st century. This grant will enable us to positively impact many more girls from underserved communities by exposing them to the exciting field of Computer Science.”

“This collective effort to inspire our next generation of technology innovators and creators will reach tens of thousands of students this year,” said Nicky Rigg, Google’s RISE Awards program manager. “We are excited to include The Visiola Foundation in our recent cohort of 30 organizations across 18 countries. Our RISE Awardees make up a community of passionate and vibrant educators and advocates; they are changemakers that engage, educate, and excite students about computing through extracurricular outreach.”

The Visiola Foundation’s intensive Coding Boot Camps for Girls are designed to encourage more girls from underserved communities to pursue careers in Computer Science by equipping them with practical knowledge to facilitate their success. The camps teach girls how to code in various programming languages, while strengthening their critical thinking, analysis, and problem-solving skills.

About The Visiola Foundation: The Visiola Foundation exists to empower the next generation of African innovators by mentoring and empowering academically excellent girls and young women from disadvantaged backgrounds. The Foundation specifically targets female youth to equip them with the skills that will help them maximize their potential as change agents who leverage technology in their respective communities, and indeed across Africa. The Foundation is committed to bridging the gender gap in the science, technology, engineering, and math (STEM) fields to help boost Africa’s technical skills base for long-term economic transformation. The Visiola Foundation works with over 400 students attending 15 public schools in Nigeria’s Federal Capital Territory (FCT) to expose them to coding, robotics, and mechanics through its high quality after-school STEM Clubs for girls. It aims to reach 1 million African girls by the year 2030.